Char and Alan have been teachers, judges, DJ's, coordinators and directors at Northwest dance events for over 30 years and were instructors at the very first UCWDC World Championships.  They continue to search for innovative ways to present the how's and why's of dance and its relationship to music with a strong emphasis on keeping it FUN.  They have a small studio at home where they offer a variety of focus workshops, private instruction and coaching.

They met at the first organized Country & Western dance event in the Northwest - "Evergreen Summer", in June 1986.  Char was the event director and in desperate need of contest judges.  Alan had just arrived from Hawaii where he had danced on a team and done some teaching & choreography.  Over the very long weekend Char managed the event and Alan became the Head Judge and the MC.  As the weekend drew to a close they finally danced with each other for the very first time ---- and have been partners ever since.

They are two time recipients of the Sweetheart Jamboree "Caring and Sharing" award (1998 & 2008) and in 2003, they received the Portland Dance Festival "Pioneer Award" for their contributions to the Northwest dance community.  They were instructors at the first Sweetheart Jamboree and have taught at every one.  This is their 20th year on the Sweetheart Executive Staff and spent five years as Event Caretakers.  They are thrilled to help bring this event together every year.

Char and Alan have a special place in their hearts for performing dance groups and much of their creative energy has gone into team choreography.   They have provided choreography, coaching, and group management consulting for many teams over the years; and have taken placement awards at scores of UCWDC competitions.  They directed several teams for the Black Hills Shufflers (Olympia) and took them to Worlds 1 where they were awarded 1st, 2nd, and 5th places.  In 1997, the Sun Country Shufflers (Yakima) took their routines to Worlds V and were awarded 2nd and 5th places.  In recent years, their performing group SyncoMotion! made appearances at many events throughout the region.  In November of 2008, the Black Hills Shufflers Dance Team decided to get back together after a 14 year hiatus to perform their award winning waltz routine for the 2009 Sweetheart Dinner Show.  The team had so much fun that they continued performing for almost 10 more years and are again retired.

Char and Alan are currently teaching at Steel Creek in Tacoma on Tuesday (2-Step) and Thursday (Line Dance) every week. 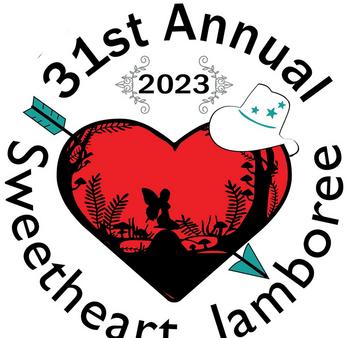