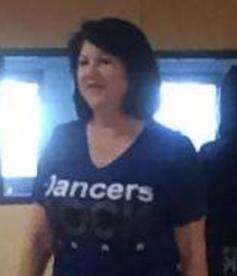 Janet Munson first fell in love with folk dancing at age 19. Her love of dance led her to performing in Ukrainian, Israeli, country and ballet troupes and was privileged to dance with the Rikud dancers in the opening ceremony of the 1984 Olympics in Los Angeles.

After moving to the Pacific Northwest, Janet discovered country and west coast swing in 1994. She competed and won in local Jack and Jill contests including Sweetheart Jamboree. Janet competed with her partner in UCWDC taking fourth overall out of 10 couples in her first Showcase competition. In 1996, Janet competed in Pro-Am with Randy Shotts taking first and second place trophies in two step, waltz and west coast swing. Janet was a member of the Black Hills Shufflers and Syncomotion teams for a total of nine years. She also had the great pleasure of being Tom Clifton’s teaching partner for many years at Sweetheart Jamboree.

Returning to her love of line dancing, Janet became immersed in the line dance community in 2010. She continues to teach for the Evergreen Country Dancers and is the brain child of “Not Your Momma’s Line Dancers”, a team dedicated to exposing dancers to the diversity and complexity of line dances choreographed to funk, pop and Latin music. Composed of local dancers, NYMLD debuted last year at Sweetheart Jamboree. Janet is excited to be on staff this year teaching beginner to intermediate line dances.